Family Bonding on the Sayward Lakes 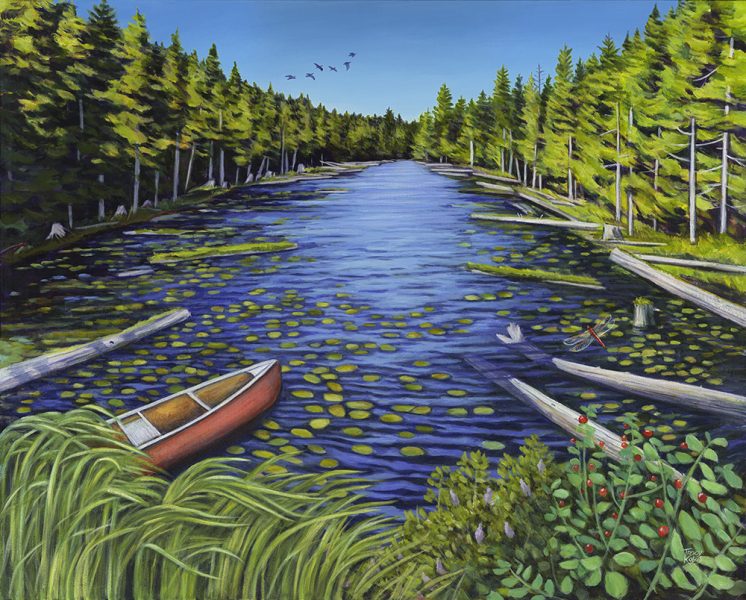 We were faced with a few unknowns when we left for the Sayward Lakes Canoe Circuit this summer for a family trip.  For instance, we had little previous experiences with canoeing that didn’t involve capsizing.  We had overheard mixed reports of “mud” and low water flows as B.C. had just experienced a record fifty days straight with no rain.  We were also a little skeptical that the three of us would fit with all our gear into a 16’ Clipper, so at the end decided not to take the canoe cart (recommended for portaging).  However, I know to never let any fears stop you – that’s if you have done your research – after all we knew people that did this trip with young children!

We parked at Morton Lake and would do the circuit of eleven lakes counter clockwise beginning and ending at Mohun Lake.  As our canoe left land, my son Arlo paddling in front, Warren in back steering and me in the middle taking pictures, I thought this was the best.  Being immersed in the wilderness in this little boat with no one else in sight and none of the usual modern distractions gave me an anticipated taste of freedom.  We did not see any other canoers for most of the trip (they probably knew about the mud).

At our first portage, which was 1800m long, the true reality of what we were in for began to sink in.  Warren, my husband, planned to carry the canoe on his head, like in the symbol you see on the yellow diamond signs marking portage routes, while Arlo and I carried the gear.  However, it didn’t have a proper yoke and wielding its weight, even for a few meters, proved appallingly worse than a Cross Fit workout.  This was our first opportunity for family bonding as we had to work together to find solutions.  We tried different scenarios but eventually, by the end of our trip, two of us would suspend the canoe from our shoulders via a complicated system of paddles and ropes while the third person wore the heaviest pack.

Not long after the first portage we encountered the prophesied mud at Twin Lakes.  The lake just petered out until we were grounded in the middle of a giant swamp.  The only way forward was to step out of the canoe and pull it, but when you did you sunk to your knees.  When Arlo stepped out, being the pencil shape he is, disappeared to his waist and it took both Warren and I, standing on nearby bushes to pull him out.   I have a healthy fear of sinking, I think is from watching too much T.V. when I was young, where people seemed to often drown in quicksand.  Again, we had to work together to survive.

To free the canoe we lightened our load, which meant leaving mom on a clump of bushes with a pile of gear while Warren ferried Arlo to the end of the marsh, leaving him in the middle of nowhere while he came back for me and the rest of the load.  Arlo and I talked afterward about our solo experiences where we were both visited by dragonflies which seemed to hang out at our eye level as if checking us out.

The first night we set up camp at “Sterling Island” in the middle of Lac L’Amour, the romantic location a reward for a long tough day.  We were surrounded by loons which all flew off in one direction at dusk to presumably to go to wherever they sleep.   At 6am they returned honking loudly from the same direction as if they were announcing that they were extremely stoked to spend another day on the lake together.

The Sayward Lake Circuit is within an old logging area that was turned into a park.  The lakes have different shapes and sizes and as we noted, all with their own character.  Gray Lake felt very non-descript and at the end there were large black oily wood columns sticking out of the lake, the remnants of an old logging bridge which created an odd feeling of foreboding.  Brewster Lake was more upbeat with cool islands and sandy beaches.  All the lakes were warm and somehow there were no real bugs.

One night we were woken up by Arlo (in his own tent) at midnight calling, “there’s a mouse in my tent”.  Arlo had thought it was kind of funny until it started crawling up the tent walls and dropping down in random spots.  We chased it out and it ran straight into the lake and started swimming away in the spotlight of a headlamp.  That was our closest real wildlife encounter.

The last day we had a tough paddle, hugging the shore to avoid the white caps as we looked for our final campsite at the impressively huge Mohun Lake.  Available campsites being few, we finally found a beach that had just enough sand to pitch our tents at the water’s edge.  As the sun went down the green trees looked like they were made of velvet.  The sky, a beautiful variety of blues, was accented by pink clouds and punctuated by a faint new moon.  At 1am I got up to see the sky dotted with bright stars and some crisscrossed the sky as it was just the start of the Perseids.

By the end I did not want to leave the wild as well as the solitude with my husband and son. The days were long and it was hard work, not much time for lounging with a sketchbook, but I think that worked for having a 15 year old with us.  We were down to our last power bar as we canoed to the finish – I congratulated myself for packing the perfect amount of food.   My favourite part of the whole thing was how the trip revealed our resourcefulness and strength as a family unit, which was a comforting thing to learn.

My painting, “Possibility” (above) is of facing the beginning of one of the lakes from a logging road.  The little lake was just so blue and full of life.  I wanted to capture that feeling you have on a summer day when there’s not a cloud in the sky and there are so many options for adventure ahead – a feeling of anticipation.  I included some of the wildlife we saw, the loons, a dragonfly…I am just missing a mouse swimming across the lake.

Image above:  Possibility, acrylic on canvas, 2021 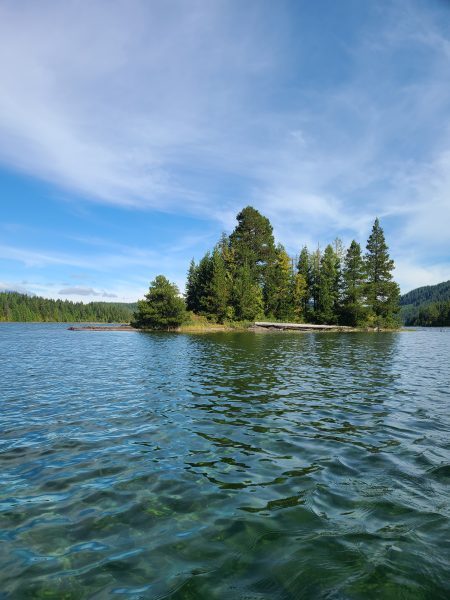 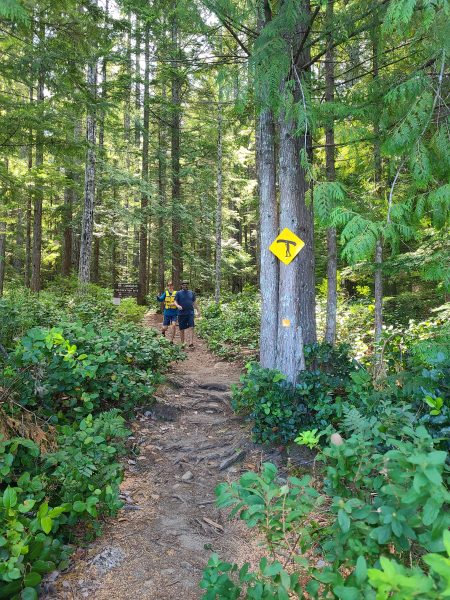