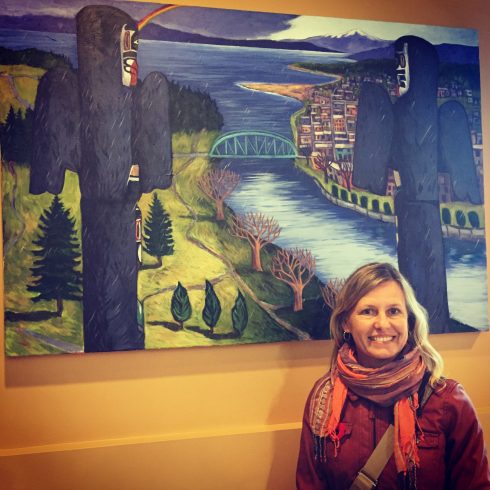 This painting, “After the Flood” shows two totem poles watching over the City of Courtenay.  The blue bridge crosses the Courtenay river and connects the two sides.  On the right side is the developed city and on the left side is the park which I meant to symbolize two ways of thinking about things.  The city side symbolizes ideas and concepts while the park might be values and spirituality – ideas can flow between these two different realities.

This is all being watched by two totems which actually do stand at the entrance of Lewis Park.  I was thinking about how long the First Nations have been here compared to the short time since our city and Western civilization has arrived –  how would their ancestors see their land today?

Original: Contact the Artist
Previous Back to Gallery Next 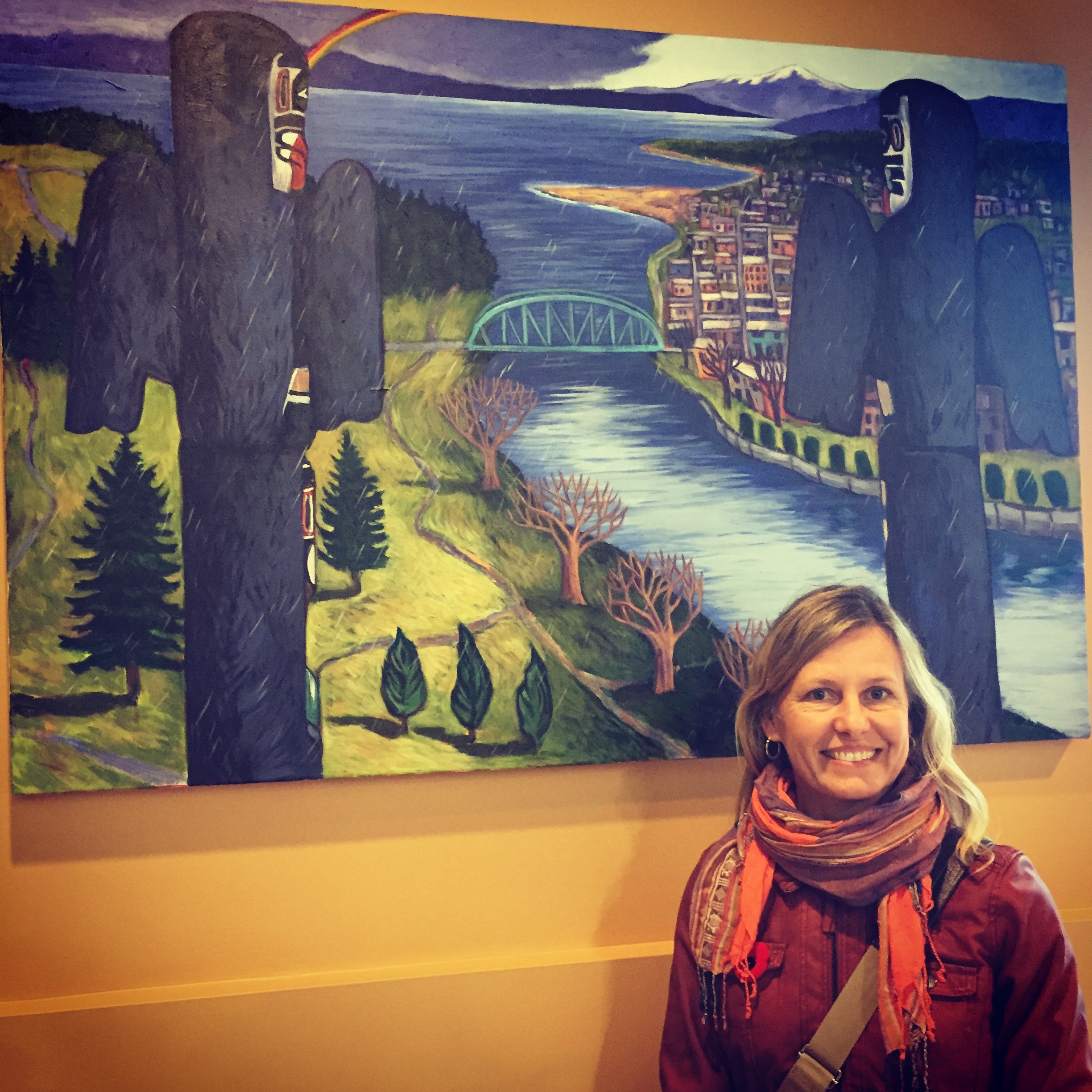